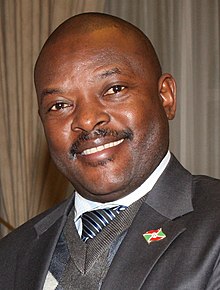 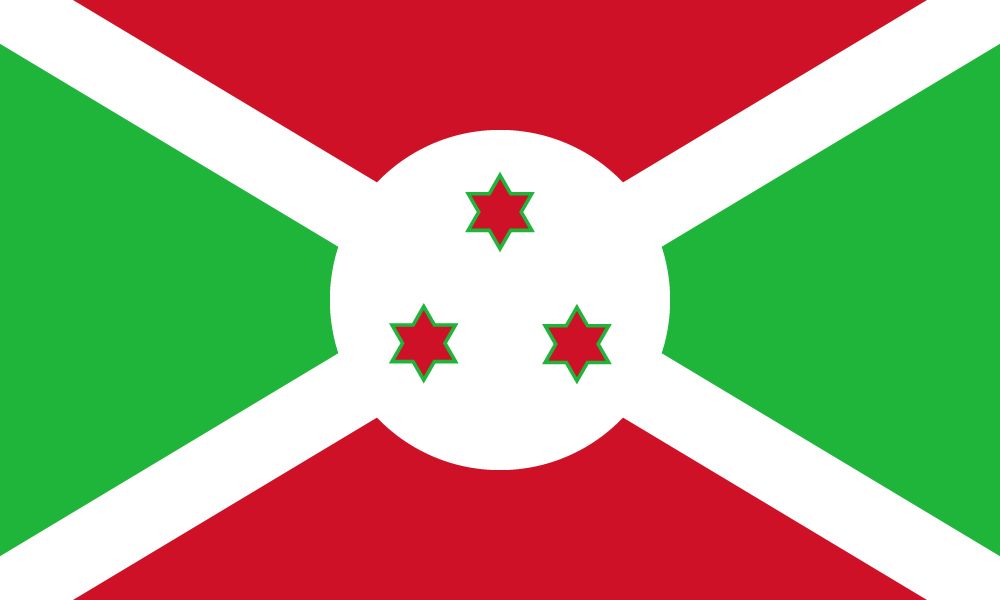 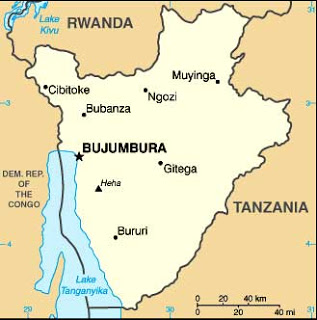 Burundi , officially the Republic of Burundi (Kirundi: Repubulika y’u Burundi,[10] [u.βu.ɾǔː.ndi]; Swahili: Jamuhuri ya Burundi; French: République du Burundi, [buʁundi] or [byʁyndi]), is a landlocked country in the Great Rift Valley where the African Great Lakes region and East Africa converge. It is bordered by Rwanda to the north, Tanzania to the east and southeast, and the Democratic Republic of the Congo to the west; Lake Tanganyika lies along its southwestern border. The capital cities are Gitega and Bujumbura.

The Twa, Hutu and Tutsi peoples have lived in Burundi for at least 500 years. For more than 200 of those years, Burundi was an independent kingdom, until the beginning of the 20th century, when Germany colonised the region.[12] After the First World War and Germany’s defeat, it ceded the territory to Belgium. Both Germans and Belgians ruled Burundi and Rwanda as a European colony known as Ruanda-Urundi. Burundi and Rwanda had never been under common rule until the time of European colonisation.

Burundi gained independence in 1962 and initially had a monarchy, but a series of assassinations, coups and a general climate of regional instability culminated in the establishment of a republic and one-party state in 1966. Bouts of ethnic cleansing and ultimately two civil wars and genocides during the 1970s and again in the 1990s resulted in hundreds of thousands of deaths and left the economy undeveloped and the population as one of the world’s poorest. The presidents of Rwanda and Burundi, both Hutus, died together when their aeroplane was shot down in April 1994. 2015 witnessed large-scale political strife as President Pierre Nkurunziza opted to run for a third term in office, a coup attempt failed and the country’s parliamentary and presidential elections were broadly criticised by members of the international community.

The sovereign state of Burundi’s political system is that of a presidential representative democratic republic based upon a multi-party state. The President of Burundi is the head of state and head of government. There are currently 21 registered parties in Burundi. On 13 March 1992, Tutsi coup leader Pierre Buyoya established a constitution, which provided for a multi-party political process and reflected multi-party competition. Six years later, on 6 June 1998, the constitution was changed, broadening National Assembly‘s seats and making provisions for two vice-presidents. Because of the Arusha Accord, Burundi enacted a transitional government in 2000. In October 2016, Burundi informed the UN of its intention to withdraw from the International Criminal Court.

Burundi remains primarily a rural society, with just 13.4% of the population living in urban areas in 2019. The population density of around 315 people per square kilometre (753 per sq mi) is the second highest in Sub-Saharan Africa. Roughly 85% of the population are of Hutu ethnic origin, 15% are Tutsi, and fewer than 1% are indigenous Twa. The official languages of Burundi are Kirundi and French, Kirundi being recognised officially as the sole national language.

One of the smallest countries in Africa, Burundi’s land is used mostly for subsistence agricultural and grazing, which has led to deforestation, soil erosion and habitat loss. As of 2005 the country was almost completely deforested, with less than 6% of its land covered by trees and over half of that being commercial plantations. In addition to poverty, Burundi often suffers from corruption, weak infrastructure, poor access to health and education services, and hunger. Burundi is densely populated and many young people emigrate in search of opportunities elsewhere. The World Happiness Report 2018 ranked the nation as the world’s least happy with a rank of 156. Burundi is a member of the African Union, Common Market for Eastern and Southern Africa, United Nations and the Non-Aligned Movement.