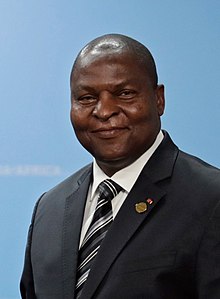 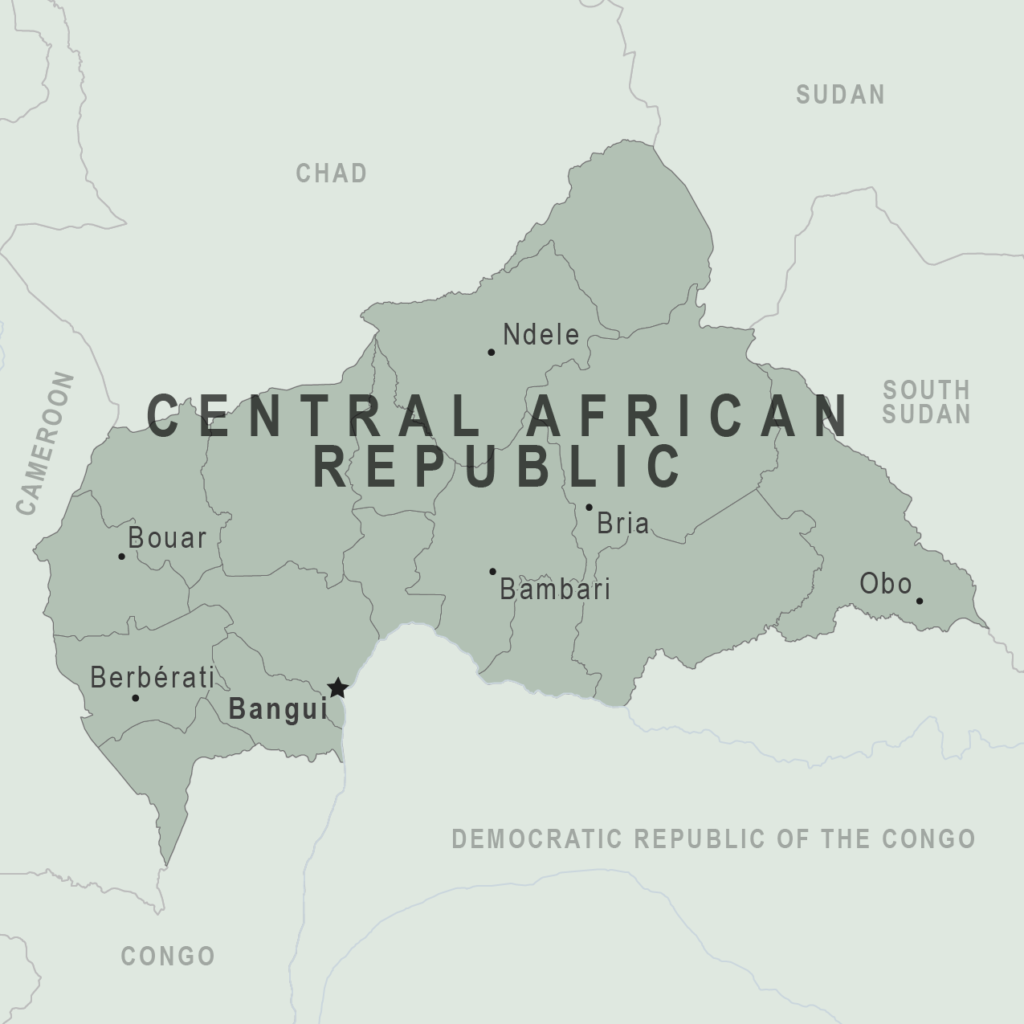 The Central African Republic (CAR; Sango: Ködörösêse tî Bêafrîka; French: République centrafricaine (RCA), French: [ʁepyblik sɑ̃tʁafʁikɛn], or Centrafrique [sɑ̃tʁafʁik]) is a landlocked country in Central Africa. It is bordered by Chad to the north, Sudan to the northeast, South Sudan to the southeast, the Democratic Republic of the Congo to the south, the Republic of the Congo to the southwest and Cameroon to the west. The CAR covers a land area of about 620,000 square kilometres (240,000 sq mi) and had an estimated population of around 4.7 million as of 2018. As of 2021, the CAR is the scene of a civil war, ongoing since 2012.

Most of the CAR consists of Sudano-Guinean savannas, but the country also includes a Sahelo–Sudanian zone in the north and an equatorial forest zone in the south. Two-thirds of the country is within the Ubangi River basin (which flows into the Congo), while the remaining third lies in the basin of the Chari, which flows into Lake Chad.

What is today the Central African Republic has been inhabited for millennia; however, the country’s current borders were established by France, which ruled the country as a colony starting in the late 19th century. After gaining independence from France in 1960, the Central African Republic was ruled by a series of autocratic leaders, including an abortive attempt at a monarchy; by the 1990s, calls for democracy led to the first multi-party democratic elections in 1993. Ange-Félix Patassé became president, but was later removed by General François Bozizé in the 2003 coup. The Central African Republic Bush War began in 2004 and, despite a peace treaty in 2007 and another in 2011, civil war resumed in 2012, perpetuating the country’s poor human rights record, characterized by widespread and increasing abuses by various participating armed groups, such as arbitrary imprisonment, torture and restrictions on freedom of the press and freedom of movement.

Despite its significant mineral deposits and other resources, such as uranium reserves, crude oil, gold, diamonds, cobalt, lumber, and hydropower, as well as significant quantities of arable land, the Central African Republic is among the ten poorest countries in the world, with the lowest GDP per capita at purchasing power parity in the world as of 2017. As of 2019, according to the Human Development Index (HDI), the country had the second-lowest level of human development (only behind Niger), ranking 188th out of 189 countries, and the country had the lowest inequality-adjusted Human Development Index (IHDI), ranking 150th out of 150 countries. It is also estimated to be the unhealthiest country as well as the worst country in which to be young. The Central African Republic is a member of the United Nations, the African Union, the Economic Community of Central African States, the Organisation internationale de la Francophonie and the Non-Aligned Movement.