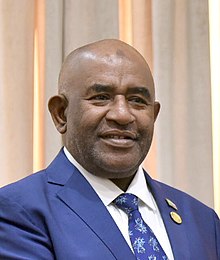 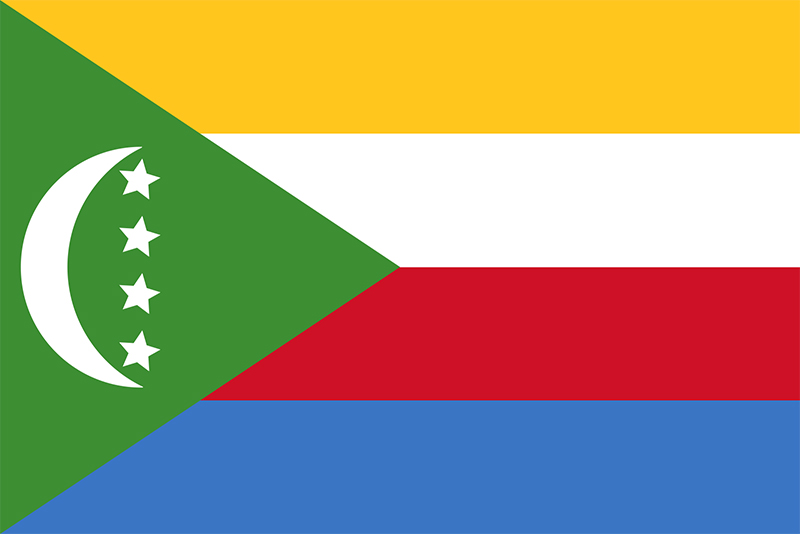 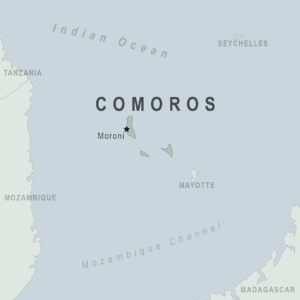 The Comoros, officially the Union of the Comoros, is an island country in the Indian Ocean, at the northern end of the Mozambique Channel off the eastern coast of Africa. It shares maritime borders with Madagascar and Mayotte to the southeast, Tanzania to the northwest, Mozambique to the west, and the Seychelles to the northeast. Its capital and largest city is Moroni. The religion of the majority of the population, and the official state religion, is Sunni Islam. As a member of the Arab League, it is the only country in the Arab world which is entirely in the Southern Hemisphere. It is also a member state of the African Union, the Organisation internationale de la Francophonie, the Organisation of Islamic Cooperation, and the Indian Ocean Commission. The country has three official languages: Comorian, French and Arabic.

At 1,861 km2 (719 sq mi), excluding the contested island of Mayotte, the Comoros is the fourth-smallest African nation by area. Its population, excluding Mayotte, is estimated at 850,886 residents as of 2019. As a nation formed at a crossroads of different civilisations, the archipelago is noted for its diverse culture and history.

The sovereign state consists of three major islands and numerous smaller islands, all in the volcanic Comoro Islands. The major islands are commonly known by their French names: northwesternmost Grande Comore (Ngazidja), Mohéli (Mwali), and Anjouan (Ndzuani). The country also claims a fourth major island, southeasternmost Mayotte (Maore), though Mayotte voted against independence from France in 1974, since it has never been administered by an independent Comoros government, and continues to be administered by France as an overseas department. France has vetoed United Nations Security Council resolutions that would affirm Comorian sovereignty over the island. In addition, Mayotte became an overseas department and a region of France in 2011 following a referendum passed overwhelmingly.

Comoros was first settled by Bantu speakers from East Africa, Arabs, and Austronesians. It then became part of the French colonial empire during the 19th century, before its independence in 1975. Since then, it has experienced more than 20 coups or attempted coups, with various heads of state assassinated. Along with this constant political instability, it has the worst income inequality of any nation, with a Gini coefficient over 60%, and ranks in the worst quartile on the Human Development Index. As of 2008, about half the population lived below the international poverty line of US$1.25 a day. The French insular region of Mayotte, the most prosperous territory in the Mozambique Channel, is a major destination for migrants from the independent islands.

I am Not African Because I was Born in Africa But Because Africa Was Born in Me.