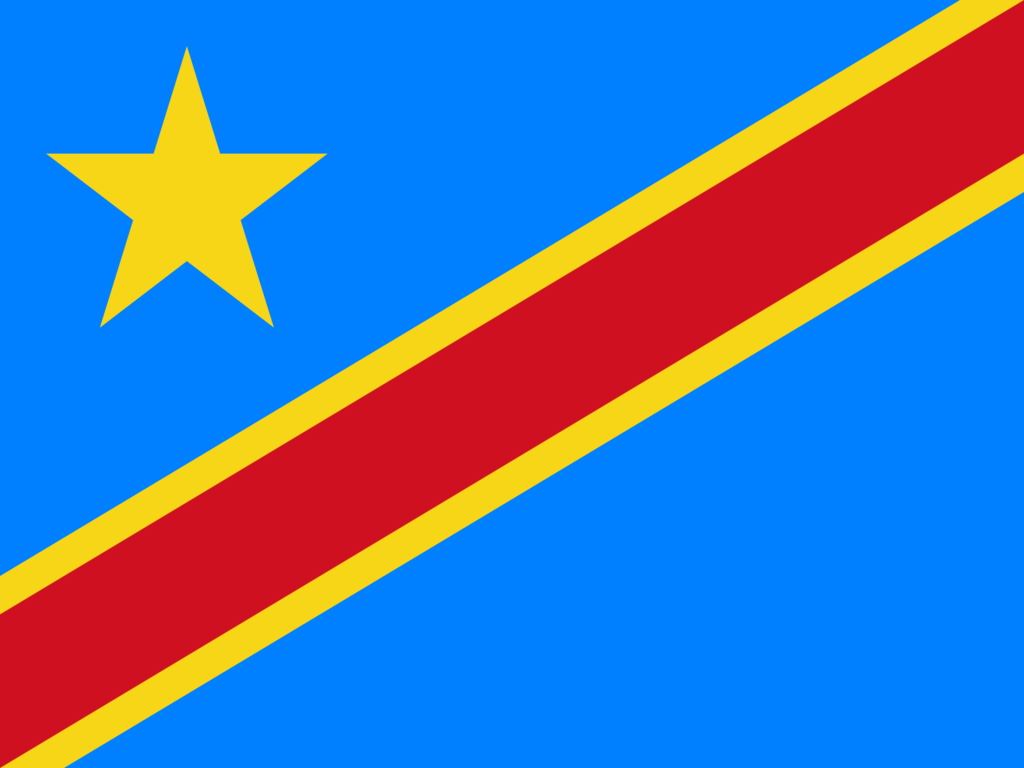 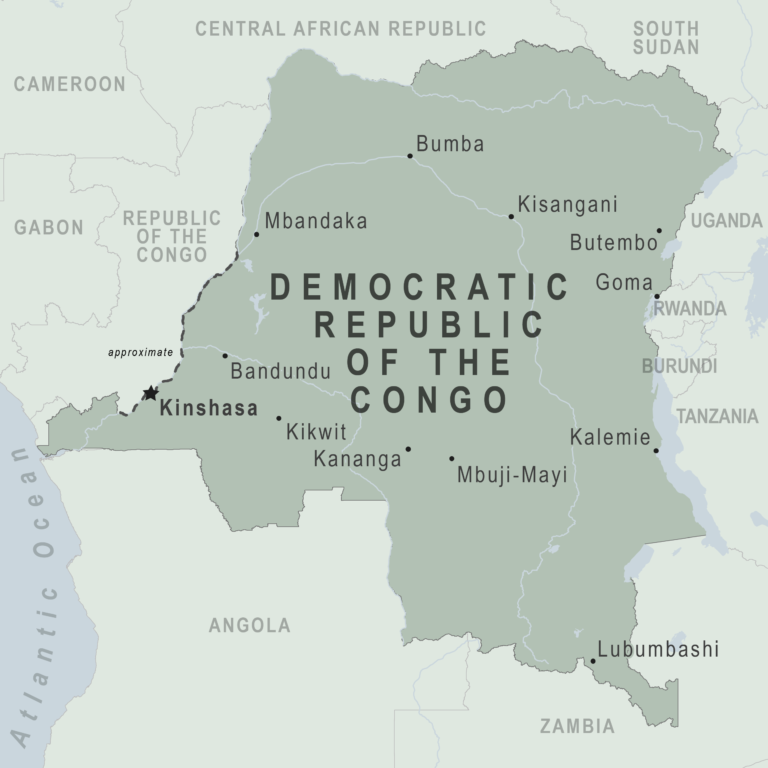 The Democratic Republic of the Congo (DRC) or simply either Congo or the Congo, and historically Zaire, is a country in Central Africa. It is, by area, the largest country in sub-Saharan Africa, the second-largest in all of Africa (after Algeria), and the 11th-largest in the world. With a population of around 105 million, the Democratic Republic of the Congo is the most populous officially Francophone country in the world, as well as the 4th-most populous country in Africa (after Nigeria, Ethiopia, and Egypt) and the 15th-most populous country in the world. It is a member of the United Nations, Non-Aligned Movement, African Union, and COMESA. Since 2015, the Eastern DR Congo has been the site of an ongoing military conflict in Kivu.

Centered on the Congo Basin, the territory of the DRC was first inhabited by Central African foragers around 90,000 years ago and was reached by the Bantu expansion about 3,000 years ago.[9] In the west, the Kingdom of Kongo ruled around the mouth of the Congo River from the 14th to 19th centuries. In the northeast, center and east, the kingdoms of Azande, Luba and Lunda ruled from the 16th and 17th centuries to the 19th century.

In the 1870s, just before the onset of the Scramble for Africa, European exploration of the Congo Basin was carried out, first led by Henry Morton Stanley under the sponsorship of Leopold II of Belgium. Leopold formally acquired rights to the Congo territory at the Berlin Conference in 1885 and declared the land his private property, naming it the Congo Free State. During the Free State, his colonial military unit, the Force Publique, forced the local population to produce rubber. From 1885 to 1908, millions of Congolese people died as a consequence of disease and exploitation. In 1908, Leopold, despite his initial reluctance, ceded the so-called Free State to Belgium, thus it became known as the Belgian Congo.

Congo achieved independence from Belgium on 30 June 1960 under the name Republic of the Congo. Congolese nationalist Patrice Lumumba was elected the first Prime Minister, while Joseph Kasa-Vubu became the first President. Conflict arose over the administration of the territory, which became known as the Congo Crisis. The provinces of Katanga, under Moïse Tshombe, and South Kasai attempted to secede. After the UN and Western governments refused his requests for aid and Lumumba stated that he was open to any country, including the Soviet Union, for assistance in the crisis, the US and Belgium became wary and oversaw his removal from office by Kasa-Vubu on 5 September and ultimate execution by Belgian-led Katangese troops on 17 January 1961.

On 25 November 1965, Army Chief of Staff Joseph-Désiré Mobutu, who later renamed himself Mobutu Sese Seko, officially came into power through a coup d’état. In 1971, he renamed the country Zaire. The country was run as a dictatorial one-party state, with his Popular Movement of the Revolution as the sole legal party. Mobutu’s government received considerable support from the United States, due to its anti-communist stance during the Cold War. By the early 1990s, Mobutu’s government began to weaken. Destabilisation in the east resulting from the 1994 Rwandan genocide and disenfranchisement among the eastern Banyamulenge (Congolese Rwandans of the Tutsi tribe) population led to a 1996 invasion led by Tutsi FPR-ruled Rwanda, which began the First Congo War.

On 17 May 1997, Laurent-Désiré Kabila, a leader of Tutsi forces from the province of South Kivu, became President after Mobutu fled to Morocco, reverting the country’s name to the Democratic Republic of the Congo. Tensions between President Kabila and the Rwandan and Tutsi presence in the country led to the Second Congo War from 1998 to 2003. Ultimately, nine African countries and around twenty armed groups became involved in the war, which resulted in the deaths of 5.4 million people. The two wars devastated the country. President Laurent-Désiré Kabila was assassinated by one of his bodyguards on 16 January 2001 and was succeeded eight days later by his son Joseph, under whom human rights in the country remained poor and included frequent abuses such as forced disappearances, torture, arbitrary imprisonment and restrictions on civil liberties according to NGOs. Following the 2018 general election, Kabila was succeeded as president by Félix Tshisekedi in the country’s first peaceful transition of power since independence, who has served as president since.

The Democratic Republic of the Congo is extremely rich in natural resources but has suffered from political instability, a lack of infrastructure, corruption, and centuries of both commercial and colonial extraction and exploitation with little widespread development. Besides the capital Kinshasa, the two next largest cities, Lubumbashi and Mbuji-Mayi are both mining communities. The DRC’s largest export is raw minerals, with China accepting over 50% of its exports in 2012. In 2019, DR Congo’s level of human development was ranked 175th out of 189 countries by the Human Development Index.  As of 2018, around 600,000 Congolese have fled to neighbouring countries from conflicts in the centre and east of the DRC. Two million children risk starvation, and the fighting has displaced 4.5 million people.