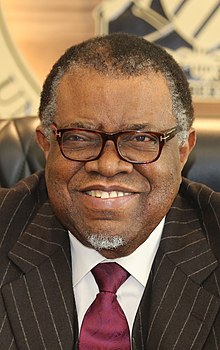 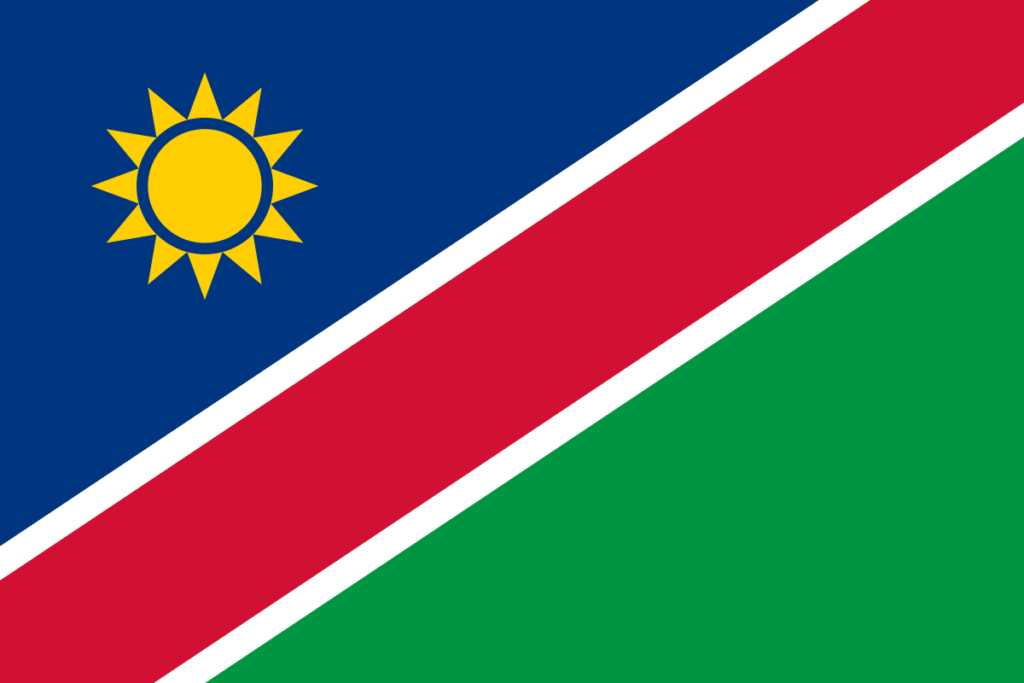 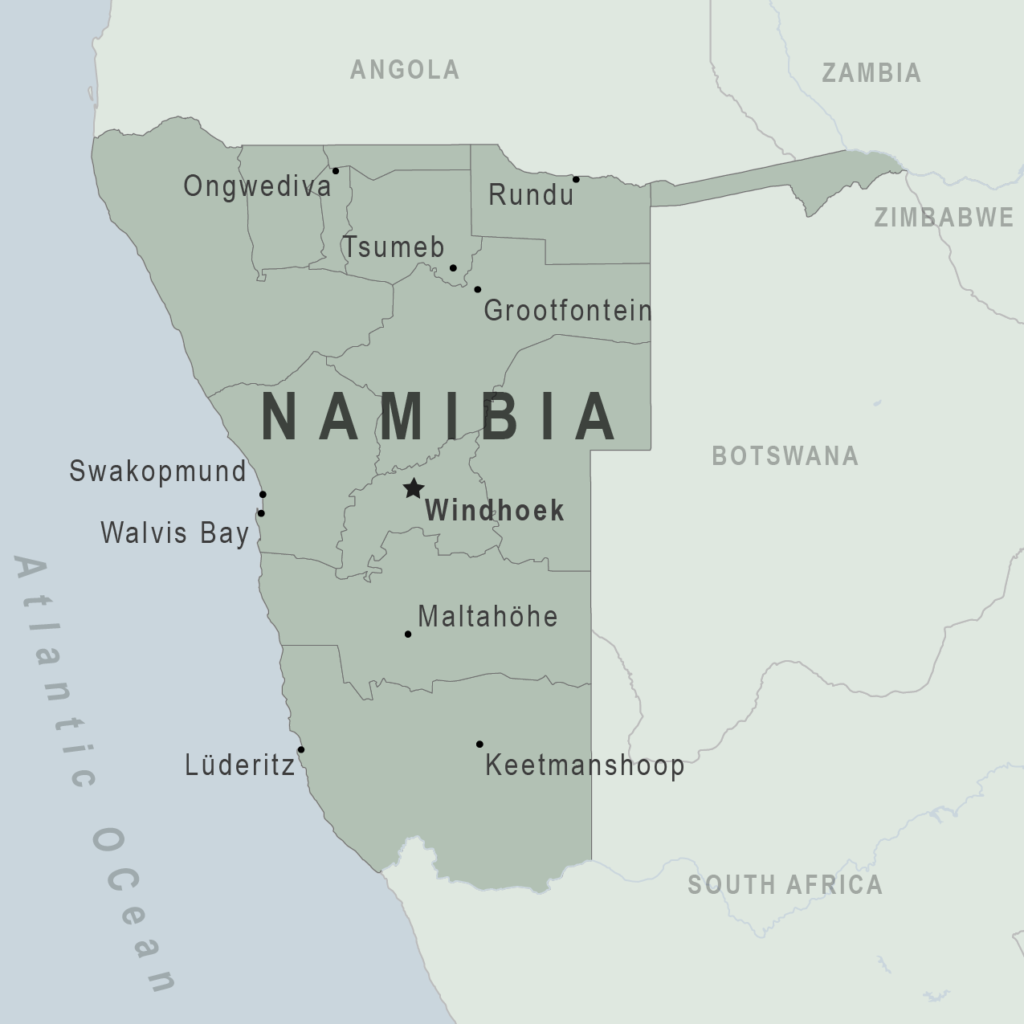 Namibia, officially the Republic of Namibia, is a country in Southern Africa. Its western border is the Atlantic Ocean; it shares land borders with Zambia and Angola to the north, Botswana to the east and South Africa to the south and east. Although it does not border Zimbabwe, less than 200 metres (660 feet) of the Zambezi River separates the two countries. Namibia gained independence from South Africa on 21 March 1990, following the Namibian War of Independence. Its capital and largest city is Windhoek. Namibia is a member state of the United Nations (UN), the Southern African Development Community (SADC), the African Union (AU) and the Commonwealth of Nations.

The driest country in Sub-Saharan Africa,[18] Namibia has been inhabited since early times by the San, Damara and Nama people. Around the 14th century, immigrating Bantu peoples arrived as part of the Bantu expansion. Since then, the Bantu groups, the largest being the Ovambo, have dominated the population of the country; since the late 19th century, they have constituted a majority.

In 1878, the Cape of Good Hope, then a British colony, annexed the port of Walvis Bay and the offshore Penguin Islands; these became an integral part of the new Union of South Africa at its creation in 1910.[citation needed] In 1884 the German Empire established rule over most of the territory, forming a colony known as German South West Africa. It developed farming and infrastructure. Between 1904 and 1908 it perpetrated a genocide against the Herero and Nama people. German rule ended in 1915 with a defeat by South African forces. In 1920, after the end of World War I, the League of Nations mandated administration of the colony to South Africa. As Mandatory power, South Africa imposed its laws, including racial classifications and rules. From 1948, with the National Party elected to power, this included South Africa applying apartheid to what was then known as South West Africa.

In the later 20th century, uprisings and demands for political representation by native African political activists seeking independence resulted in the UN assuming direct responsibility over the territory in 1966, but South Africa maintained de facto rule. In 1973 the UN recognised the South West Africa People’s Organisation (SWAPO) as the official representative of the Namibian people; the party is dominated by the Ovambo, who are a large plurality in the territory. Following continued guerrilla warfare, South Africa installed an interim administration in Namibia in 1985. Namibia obtained full independence from South Africa in 1990. However, Walvis Bay and the Penguin Islands remained under South African control until 1994.

Namibia has a population of 2.55 million people and a stable multi-party parliamentary democracy. Agriculture, tourism and the mining industry – including mining for gem diamonds, uranium, gold, silver and base metals – form the basis of its economy, while the manufacturing sector is comparatively small. The large, arid Namib Desert from which the country derived its name has resulted in Namibia being overall one of the least densely populated countries in the world.

I am Not African Because I was Born in Africa But Because Africa Was Born in Me.