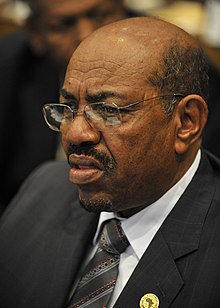 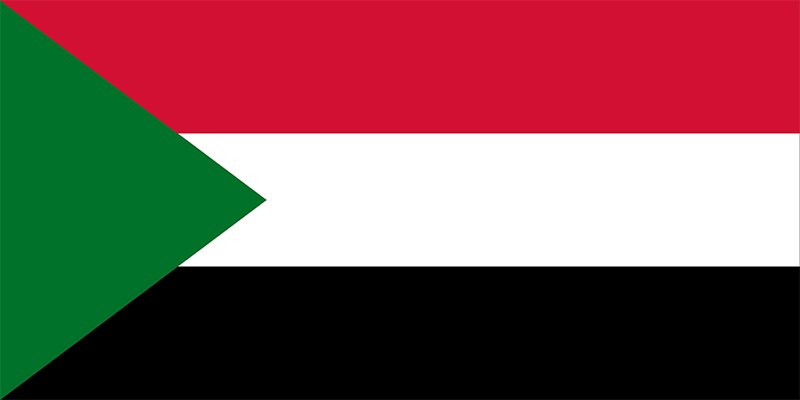 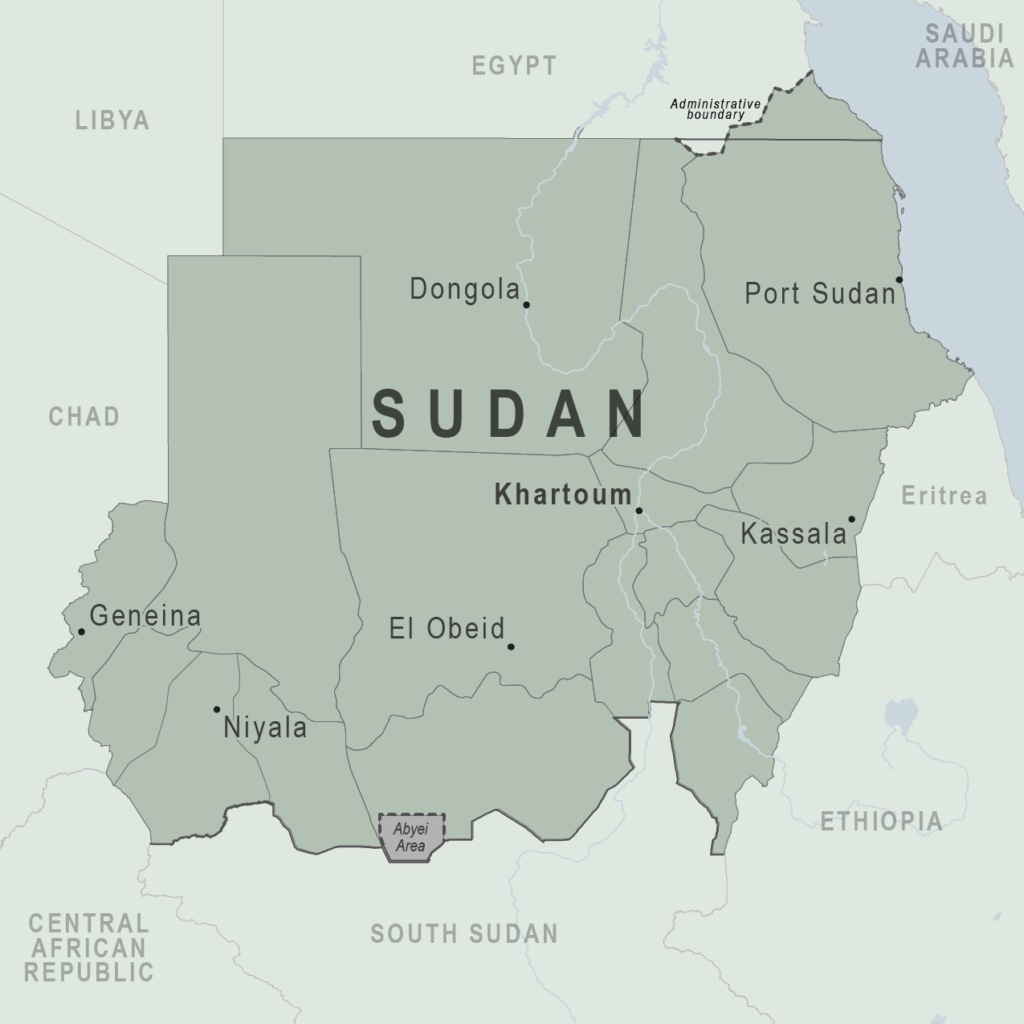 The Sudan, officially the Republic of the Sudan (Arabic: جمهورية السودان‎, romanized: Jumhūriyyat as-Sūdān), is a country in Northeast Africa. It is bordered by Egypt to the north, Libya to the northwest, Chad to the west, the Central African Republic to the southwest, South Sudan to the south, Ethiopia to the southeast, Eritrea to the east, and the Red Sea to the northeast. Sudan has a population of 44.91 million people as of 2021 and occupies 1,886,068 square kilometres (728,215 square miles), making it Africa‘s third-largest country by area and also the third-largest by area in the Arab league. It was also the largest country by area in Africa and the Arab league until the secession of South Sudan in 2011, since which both titles have been held by Algeria.

The Sudan’s history goes back to the Pharaonic period, witnessing the Kingdom of Kerma (c. 2500–1500 BC), the subsequent rule of the Egyptian New Kingdom (c. 1500 BC–1070 BC) and the rise of the Kingdom of Kush (c. 785 BC–350 AD), which would in turn control Egypt itself for nearly a century. After the fall of Kush, the Nubians formed the three Christian kingdoms of Nobatia, Makuria and Alodia, with the latter two lasting until around 1500. Between the 14th and 15th centuries, much of Sudan was settled by Arab nomads. From the 16th–19th centuries, central and eastern Sudan were dominated by the Funj sultanate, while Darfur ruled the west and the Ottomans the far north.

From the 19th century, the entirety of Sudan was conquered by Egypt under the Muhammad Ali dynasty. It was under Egyptian rule that Sudan acquired its modern borders, and began the process of political, agricultural, and economic development. In 1881, nationalist sentiment in Egypt led to the Orabi Revolt, weakening the power of the Egyptian monarchy, and eventually leading to the occupation of Egypt by the United Kingdom. At the same time, religious-nationalist fervour in Sudan erupted in the Mahdist Revolt led by the self-proclaimed Mahdi Muhammad Ahmad, resulting in the establishment of the rebel Caliphate of Omdurman.

The Mahdist forces were eventually defeated by a joint Egyptian-British military force, restoring the authority of the Egyptian monarch. However, Egyptian sovereignty in Sudan would henceforth be largely nominal, as the true power in both Egypt and Sudan was now the United Kingdom. In 1899, under British pressure, Egypt agreed to share sovereignty over Sudan with the United Kingdom as a condominium. In effect, Sudan was governed as a British possession. The 20th century saw the growth of both Egyptian and Sudanese nationalism focusing on ending the United Kingdom’s occupation. The Egyptian Revolution of 1952 toppled the monarchy, and demanded the withdrawal of British forces from all of Egypt and Sudan. Muhammad Naguib, one of the two co-leaders of the revolution, and Egypt’s first President, who was half-Sudanese and raised in Sudan, made securing Sudanese independence a priority of the revolutionary government. The following year, under continuous Egyptian and Sudanese pressure, the United Kingdom agreed to Egypt’s demand for both governments to terminate their shared sovereignty over Sudan, and to grant Sudan independence. On 1 January 1956, Sudan was duly declared an independent state.

Since independence, the Sudan has been ruled by a series of unstable parliamentary governments and military regimes. Under the Jaafar Nimeiry regime, Sudan began Islamist rule. This exacerbated the rift between the Islamic north, the seat of the government and the Animists and Christians in the south. Differences in language, religion, and political power erupted in a civil war between government forces, strongly influenced by the National Islamic Front (NIF), and the southern rebels, whose most influential faction was the Sudan People’s Liberation Army (SPLA), eventually concluding in the independence of South Sudan in 2011. Between 1989 and 2019, Sudan experienced a 30-year-long military dictatorship led by Omar al-Bashir accused of widespread human rights abuses including torture, persecution of minorities, allegations of sponsoring global terrorism and notably, ethnic genocide due to its role in the War in the Darfur region that broke out in 2003. Overall, the regime’s actions killed between 300,000 and 400,000 people. Protests erupted in late 2018, demanding Bashir’s resignation, which resulted in a successful coup d’état on 11 April 2019.

Islam was the Sudan’s state religion and Islamic laws applied from 1983 until 2020 when the country became a secular state. The economy has been described as lower-middle income and relies on oil production despite a long-term international sanctions and isolation. Sudan is a member of the United Nations, the Arab League, African Union, COMESA, Non-Aligned Movement and the Organisation of Islamic Co-operation.